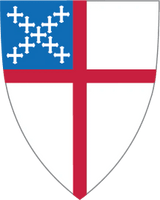 A History of Saint Luke’s

Saint Luke’s was officially incorporated on January 26, 1835. Hachaliah Bailey, who built the Elephant Hotel, sold one acre of land for $500 for the building of an Episcopal Church. At the time of its consecration in 1840, Saint Luke’s had 13 communicants.

By 1760 Saint James Episcopal Church in South Salem had been founded to become, in 1835, the mother parish of Saint Luke’s.

For many years, one clergyman served both parishes; in the early years, travel between the parishes was by horse. It was not until 1985 that the two churches became separate entities, each with its own Rector.

In the late 1960s, the chapel of the former Baptist Fresh Air Camp was attached to the rear of the church and divided into classrooms.

Over the years, Saint Luke’s has shared its facilities with a variety of community groups, including Alcoholics Anonymous, the Boy Scouts, the YMCA, and the Somers School District.